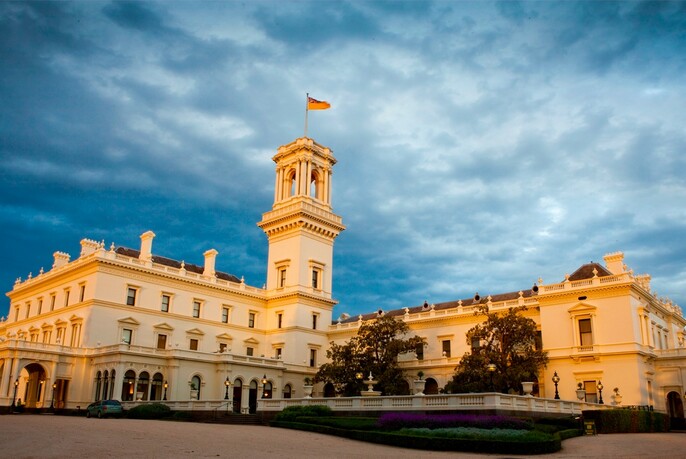 When Government House was completed in 1876, it was the largest governor's residence among all the colonies in the British Empire. Built in Italianate style, similar in design to Queen Victoria's palatial Osborne House on the Isle of Wight, its tower can be seen for miles.

The tower provides a central focus for the three sections of the house - the State Apartments, the Private Apartments and the Ballroom.

The contrast between Government House and the modest cottage of the first Governor, Charles Joseph La Trobe, can be seen by taking a joint tour of both properties.

Government House and grounds are open for general access through tours and open days.

World Heritage-listed and the oldest surviving Great Hall of the late 19th and early 20th centuries.

Iconic domed railway and metro hub, opened in 1910, with a yellow facade and an arched entrance.

This prominent and historic Anglican cathedral is a Melbourne landmark.