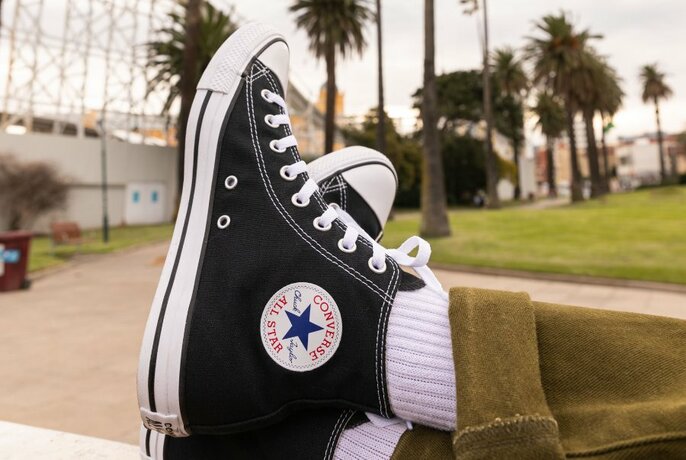 Created in 1917 as a non-skid basketball shoe, the All Star was originally promoted for its superior court performance by basketball mastermind Chuck Taylor. But over the decades, something incredible happened and the sneaker, with its timeless silhouette and unmistakable ankle patch, was organically adopted by rebels, artists, musicians, dreamers, thinkers and originals.

Converse has always pushed the boundaries of what a sneaker can do. Whether you’re sinking three-pointers on the court, hitting the half-pipe or need a pair of sneakers to survive your next rock concert, Converse has been there with you.

Shop for athletic footwear and apparel at Melbourne Emporium.