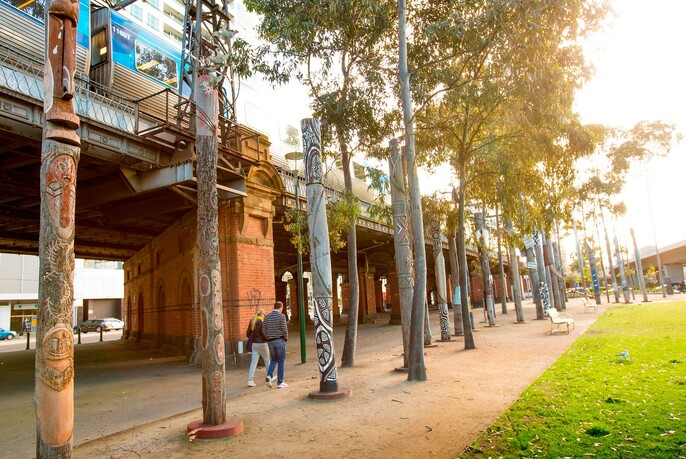 Enterprize Park commemorates the spot where the first settlers aboard the ship Enterprize went ashore on 30 August 1835.

Today, it is the site of the Scar Project, a collaborative installation by Aboriginal artists who used original wharf poles from Queens Bridge to engage with the tradition of tree scarring.

Traditionally, Aboriginal people would take pieces of bark from trees to make canoes, shields or baby cradles. The resulting ‘scar trees’ would also serve as signposts for other clans to know they had entered the land of another community. These trees are rare today, but for Aboriginal people they are very precious.

An exciting and challenging play space in the middle of Southbank.

A great spot to laze around or have a barbecue by the Yarra River.

A popular park in South Yarra, with tennis facilities and meandering paths.

Recreational space by the waterfront with a playground and barbecues.