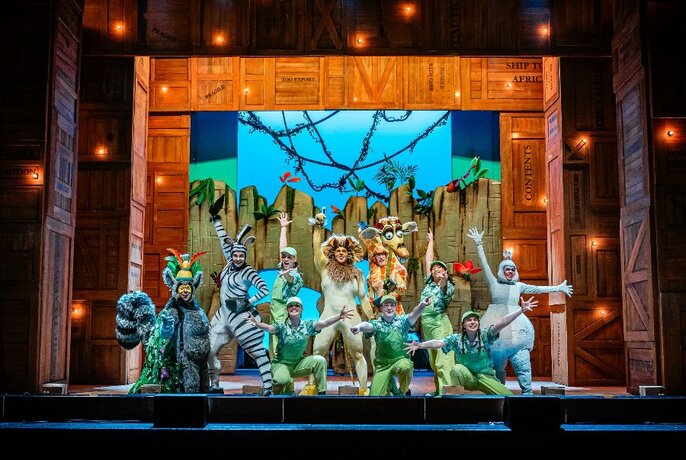 The international touring production of the ferociously funny Madagascar the Musical will roar into Melbourne in January.

Adapted from the critically acclaimed smash-hit DreamWorks animated motion movie, this fun-filled family musical has performed to sold-out audiences across the UK and New Zealand. It is brought to life by imaginative and colourful sets, world-class puppets, action-packed adventure and spectacular new songs that will inspire everyone to 'move it move it' in the aisles!

Just like the movie, Madagascar the Musical follows all the favourite crack-a-lackin’ friends as they escape from their home in New York’s Central Park Zoo and find themselves on an unexpected journey to the madcap world of King Julien’s Madagascar.

Book online for Madagascar the Musical

Tyama: A Multisensory Experience of Nature

Discover senses beyond human perception, alongside the animals that use them.

The multi award-winning Broadway musical opens at the Regent Theatre in August.

Tumble down the rabbit hole and join Alice on her captivating and magical adventure.

Join Eleven and the Hawkins gang for a night of dancing monsters and pop culture references.

The world’s favourite nanny comes to life in a spectacular and unforgettable production.

A comical and engaging circus show suitable for both children and parents.